What is your disability? You have one. 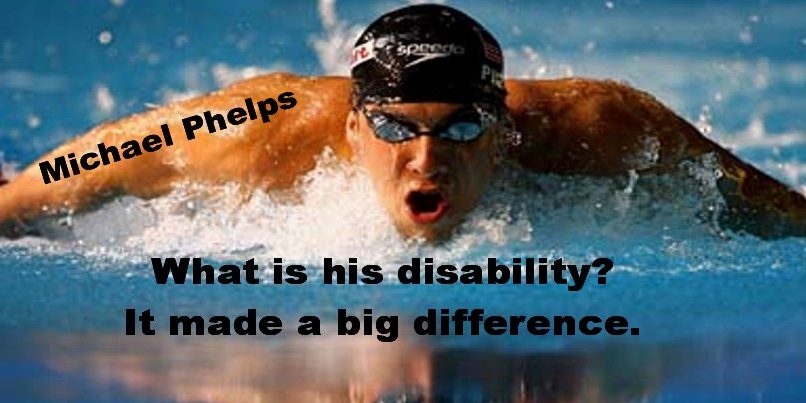 We all have disabilities. Some disabilities are more severe and more obvious than others. Whatever our disabilities, we should concentrate on activities that we can do well, and not waste precious time focusing on our limitations. It is possible to turn some of our disabilities into our advantages. That is what Jack did. Look what happened.

Jack Homer’s disability is dyslexia. He tells how he decided to use his disability as motivation, “I suffered from a lack of confidence due to a learning problem. It’s called dyslexia. It’s a word that, ironically, most of who have it can’t spell or pronounce, but maybe that’s the point. I wasn’t diagnosed until well after I had reached adulthood, had struggled through school being considered lazy, dumb, and perhaps even retarded, and had flunked out of college seven times. Most people felt I’d wind up working in a service station, or if I was really lucky, I might get to drive a truck at my father’s gravel plant. Nevertheless, I guess I’ve always found low expectations rather liberating. Disparaging assessments just fired my determination.” Jack Horner is the curator of the Montana’s Museum of the Rockies and a world-renowned paleontologist.

Olympic Champion with a Disability

We who address our disabilities positively have the ability to contribute much to our families, friends, communities, and country. A healthy view of disabilities never minimizes the difficulties disabilities bring, but neither does it let the difficulties cause us to give up. That’s how fourteen-time, Olympics, gold medal winner, Michael Phelps looked at his disability.

Phelps is one of the all time greatest swimmers in the world. He was diagnosed with ADHD at nine years old and took medication for it until he was eleven. Michael and his mother, Debbie Phelps, believe that his desire to be a champion swimmer helped him with his ADHD and his ADHD helped him with his swimming.

“I delight in my disability.”

Take a new look at your disability. Look through the eyes of faith. How can you turn your disability, weakness, or limitation into something good? The Apostle Paul had a disability that he used to server others and his Lord. Here’s how he explained it, “For Christ’s sake, I delight in my weaknesses, insults, hardships, persecutions, and difficulties. For when I am weak, then I am strong.” 2 Corinthians 12:10. That’s healthy faith.