Is What I Do in Private Only My Business? 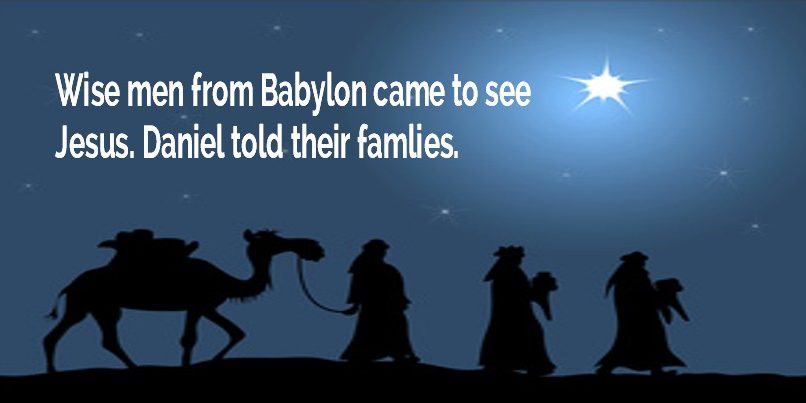 Are your private, personal choices anyone else’s business? Your first thought might be, “No. What I choose to do privately is no one’s business but mine.” Hold that thought until you hear Daniel’s story.

Almost three thousand years ago, Daniel made a private, personal choice that affected more people than he could have imagined. Yet, at that time, he probably thought, “No one but me and God will ever know or care what I choose.” Do you remember his historic choice?

King Nebuchadnezzar’s army destroyed Daniel’s hometown, Jerusalem, and carried young Daniel and nearly 20,000 other Israelites to Babylon. Nebuchadnezzar gave the enslaved Jews a choice—worship him alone or be fed to the royal lions.

Daniel had to make a personal choice to do what was safe and popular or to continue to obey God and pray to him alone. He chose to pray in private. But one day someone saw him praying and told the King. That very evening Daniel was thrown into the lion’s den.

At dawn, when the King went to see if Daniel had been eaten alive, Daniel announced, “My God sent his angel, and he shut the mouths of the lions.” (Daniel 6:22, NIV)

Daniel’s faithful choice made a startling difference. Eventually King Nebuchadnezzar ordered all people in his country to worship only the true and living God of Daniel. And eventually all Jewish slaves were set free to return to Israel. What Daniel thought was merely a private decision resulted in many converts to his God.

And that’s not all. The Bible’s record of Jesus’ birth includes wise men travelling from the East to see the new born king of the Jews. Babylon, which was only a thirty-day journey East of Israel, was most likely the home of those wise men. And they were godly descendents who, six hundred years before, had heard Daniel’s witness and received his teaching of the Scriptures about a coming Messiah born of a virgin in Bethlehem.

Categories: Apologetics and Faith, Encouragement and Faith, Purpose and Faith, Relationships and FaithDecember 10, 2016
Go to Top