In Out-of-Control Times, What You CAN Control . 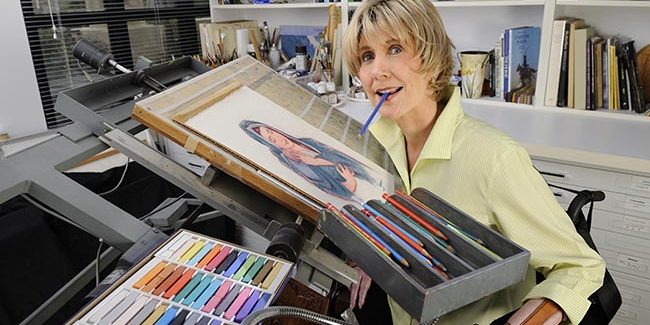 Joni Eareckson Tada was only 17 when she lost control of almost everything. She dove into shallow waters of the Chesapeake Bay, and her life was totally changed in seconds. The accident left her quadriplegic, paralyzed from her shoulders down. She lost her desire to live and almost committed suicide. For years, she suffered more than most of us can imagine. She felt like her life was out of control.

Today, 53 years later, Joni still lives with the loss of her limbs, but she likes to tell audiences around the world that she’s gained far more than she’s lost. She is now an internationally known mouth artist, talented vocalist, radio host, author of 40 books, producer of movies and music albums. Joni’s life proves that when you feel like your life is completely out of control, you can get it back under control. But how?

The Bible is full of true-life stories of people like Joni. Take Jeremiah. If there were ever a man who felt like his life was out of control, it was Jeremiah. His circumstances were so chaotic and heartbreaking, he’s called “the weeping prophet.”

It was not after the chaos, but in the middle of it when Jeremiah made a decision that brought him inner peace and a renewed feeling that his life was no longer out of control. What was that decision?

When you remember the acts of God throughout all history, it becomes clear that you often have no control over the circumstances or people around you. But it also becomes clear that your inner life and eternal life is never out of your control. Something or someone can take control of everything else. But you alone get to choose what or who you are going to give control of your heart and mind and eternity.

In the middle of all his helpless and hopeless feelings, that truth came to Jeremiah’s mind, “I call to mind… I have hope: Because of the Lord’s great love we are not consumed, for his compassions never fails. They are new every morning; great is your faithfulness.” Jeremiah 3:21-24 NIV Jeremiah found inner peace and courage by giving the Lord control of his destiny.

In times of great loss, chaos and fear, it’s normal and okay to grieve, feel confused, angry, worried and afraid. But you can move beyond those hurtful and depressing feelings. You can choose to let the Spirit of the Living God, who lives in you, control (influence) your mind, heart and actions by turning over the reins of your life and eternity to Him who has, as Jeremiah said, great love, great compassion, great faithfulness and great hope for you.

Joni and Jeremiah made that choice. Will you make that choice and accept His gifts that are “new every morning?”