I love Mondays. They Help Me Not Be a Spoiled Brat. 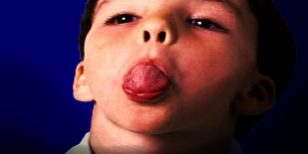 When Mondays come around, I feel more grateful than usual. I don’t know about you, but for me Mondays are humbling. They not only remind me of how blessed I’ve been over the past week, but how fortunate I am to have another week to show my I appreciation for all our Father has done for me.

I need Mondays because being grateful and humble doesn’t come easy for me. I find it much easier to just move into each new week with no thought of my past week. It’s easy to plow ahead with my mind fixed on work to be done and goals to reach. It’s just so easy to ignore the many good things that have happened last week and give no attention to the bad things that didn’t happen. Too often, I think and act like Tommy.

You know Tommy. And you know his parents, too. I remember that special class party. The three of them arrived late. Everyone else was enjoying appetizers and sodas when that four-year-old little tyrant, Tommy, marched into the middle of living room, put his hands on his hips, and announced, “I want a cherry-coke and I want it now.”

The hostess explained that she didn’t have a cherry-coke but would be happy to get him some other soda.” The little general folded his arms across his chest and insisted, “I want a cherry-coke.”

Tommy’s mother picked him up, gave him a hug, and assured him, “Everything will be fine, Sweetie. Mama and Daddy will get you your cherry-coke.” The couple gave each other a noticeably familiar nod, smiled, and quickly left, saying, “We’d better go.”

We are not surprised when we see infants and toddlers behave in such a self-centered way. After all, they haven’t lived long enough to learn the devastating consequences of breaking God’s golden rule of all relationships.

When those of us who have been counselors for a while see that same “spoiled brat” attitude in an adult, we know we are dealing with a sickness. The “adult spoiled brat” and the “entitled personality” are phrases in psychology that describe a serious abnormal mind-set—a psychological and spiritual disorder that is self-destructive and relationship-killing.

Adults who feel entitled are sincerely convinced that the world “owes” them. They have no question that they deserve anything their hearts desire regardless of how it affects anyone else. Like Tommy, they insist on getting their way, having what they want, and being the center of attention in every situation.

Far too often, we laugh at the antics of a spoiled-brat child, and then we weep over the behaviors of the spoiled-brat adult who leaves misery in his path.

The main reason adults act like spoiled brats is that their minds and hearts have been corrupted. That’s not the way God designed what C.S. Lewis called “the human machine.” We humans were fearfully and wonderfully made with certain built-in laws and rules. If we follow that God-given system, we have inner peace, joy, and fulfillment and loving relationships with him and others.

The greatest law, or you might call it the core rule, guiding the human machine is humility. It’s the opposite attitude of feeling entitled. It’s that central mind-set or attitude we see in Jesus.

As the scripture says, “In humility value others above yourselves, not looking to your own interests but each of you to the interests of the others. In your relationships with one another, have the same mindset as Christ Jesus:  Who, being in very nature[a] God … humbled himself by becoming obedient to death—even death on a cross.” Philippians 2:4-8

On this Monday, let’s not think like adult spoiled brats. But begin this week in humility and use this Scripture as our motto, Lord help me in my relationship to others “have the same mindset as Christ Jesus, . . . who humbled himself.”

Categories: Encouragement and Faith, Purpose and Faith, Relationships and FaithFebruary 6, 2017
Go to Top