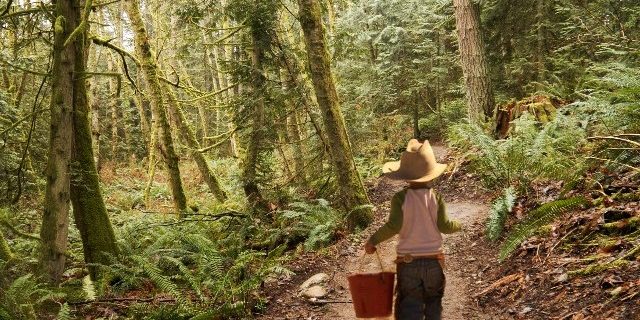 Granddaddy had no running water

Granddaddy Jerry Nichols and Mammy lived ten miles off the paved road on a farm in Virginia. They had no running water or electricity and got all their food from the animals they raised and the plants they grew. They used oil lanterns for light and carried buckets of water up to their house from the well at the bottom of the hill.

Not my favorite job

When I visited them during the summer, I fed the chickens, slopped the hogs, hoed weeds, and yes, hauled the water up that steep hill to the house. As you might imagine, that was not my favorite part of my summer.

They weren’t concerned with my concerns

As a city-slicker on that farm, I learned some valuable lessons  about the fixed rhythm of God’s creation and the importance of patience. I was on the farm for only a month each summer; so, at first, I didn’t like how slowly everything seemed to move. I was used to making things happen and getting things done in a hurry. I kept hoping those animals would give birth quicker and those plants would make food faster. But no matter how much I wanted that to happen, I discovered they were not concerned at all with my schedule or impatience.

During that time on the farm, I began to notice a peaceful, somewhat predictable routine to Granddaddy and Mammy’s day. They patiently and quietly went about their work from sunrise to dark. After supper, Granddaddy would always read his Bible and pray. Part of every evening prayer was the same. I’ll never forget that part. He thanked God for the strength he had that day to do his work. Then he humbly asked the God of the harvest to protect and multiply his efforts while he slept.

Father, I’m trying to be patient

In the Bible you’ll find patience, not production, listed as one of the nine spiritual virtues. But it is so hard. Although I know better, most of the time I feel like praying, “Father, I’m trying to be patient, but I hope you will answer my prayer sooner rather than later.”

Patience tells us to do our work and let God do his.

Godly patience is fitting into the rhythm of God’s creation and his timing. It’s not a waiting passivity. It’s not a lazy, let-someone-else-do-the-job attitude. Patience tells us to do our work and let God do his. Impatience is our way of escaping our present responsibilities and trying to ignore God’s power and loving presence. Patience is one of God’s favorite human virtues because it is a symptom of a healthy faith and humble heart.

And, by the way, life works better when we are patient because, as Granddaddy used to say to his hurry-up, go-faster, city-slicker grandson, “Remember Bill, ‘Hatched not smashed eggs produce chickens. Be patient.’”