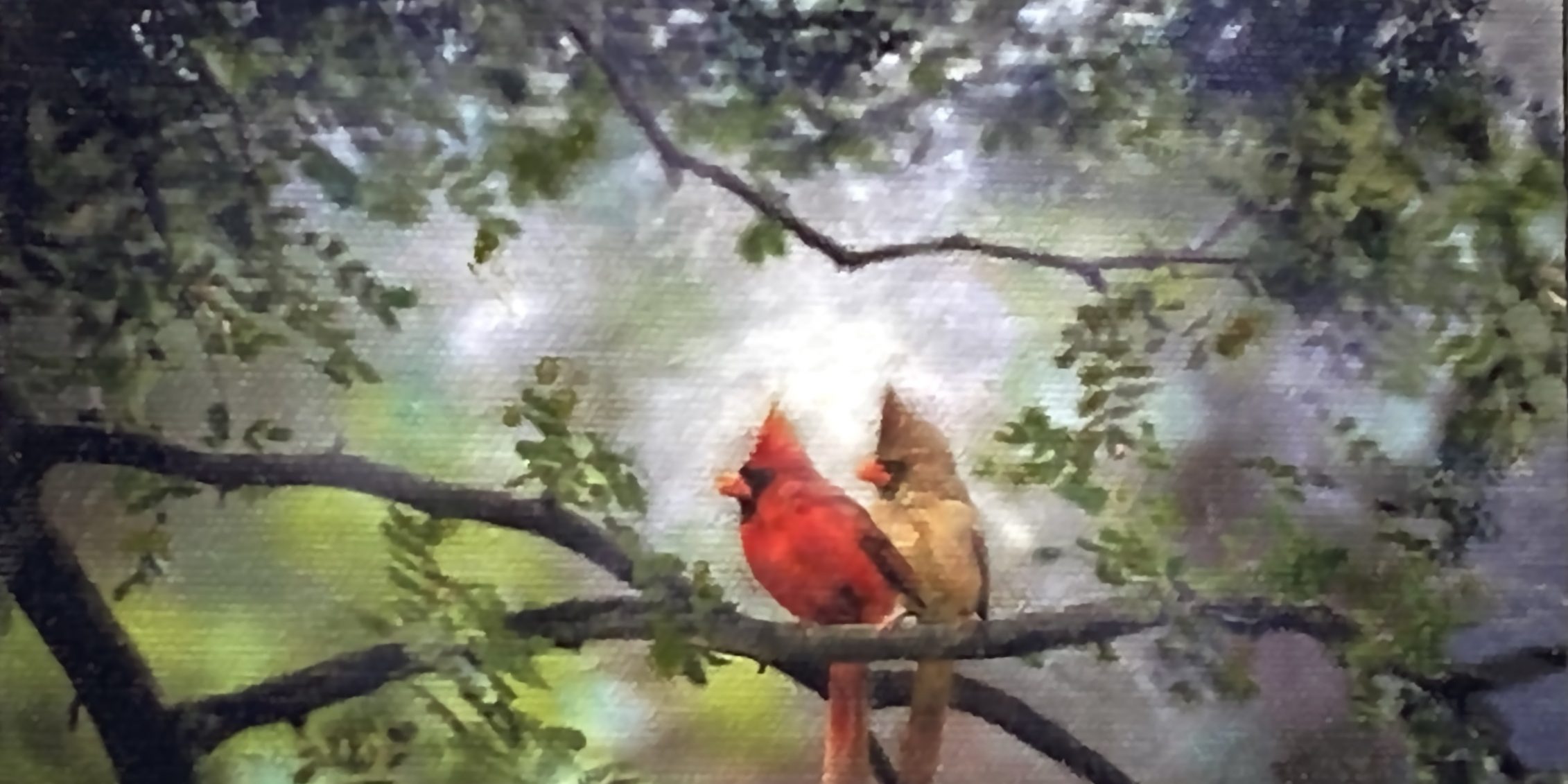 Since I was ten, I’ve loved sharing beautiful parts of God’s creation that come to my eyes and out through my brushes. Painting has been my hobby for all these years, and I still love it. So, you can imagine how nervous I was when I discovered I had a congenital eye disease that will eventually require a corneal transplant, a delicate surgery

After a lot of research and discussions with my ophthalmologist, I learned the national success rate of this procedure was about 90%, which is good. But then I thought, “What if I’m part of that unsuccessful 10%?” Research also indicated that some actually lost their sight. I just didn’t want to risk it. So, I had about decided to not do it and just hope for the best.

Then I visited my potential surgeon, Dr. Goyal. I knew the national success rate was 90%, but I asked her about her success rate. She humbly replied, “I’ve done hundreds of these and so far, my success rate is 100%.” You guessed it. I’ve changed my mind, and when Dr. 100% says it’s time, I will let her do the surgery based on her excellent track record.

Anytime we’re faced with a dangerous health issue, a difficult decision, a situation that looks highly risky or even impossible, and we’re looking for someone we can trust, the first question we need to ask is clearly, “What is his or her track record over a long period of time?”

One of the best examples of this truth is found in the Bible story of the prophet, Ezekiel. He and his countrymen were captured and taken captive to Babylon and forced to live as slaves in a filthy make-shift settlement. After years of suffering as a result of their bad choices, with no prospect of going home, their hope had dried up. But then one night in a vision, God gave Ezekiel a breathtaking glimpse of the future.

No doubt you’re faced with your own valley of dry bones. God is asking you what He asked Ezekiel twenty-five hundred years ago, “Do you believe I can make these dead, dry bones live again?” Before you answer, before you decide who you are going to trust with your life and eternity, remember God’s track record and, don’t forget His success rate on those who trust Him – 100%.

He stood the prophet before a valley full of dry bones and asked him if he thought old, dry, bleached out, scattered bones like those could possibly live again? Ezekiel answered, “Sovereign Lord, you alone know.” Ezekiel 37:3

Then God asked Ezekiel to do the same thing God asks of each of us to do when we face our “dry-bone” situations. He asked Ezekiel to take Him at His word. God told Ezekiel that He was going to blow His breath into those dry bones and bring them back to life. It sounded strange and didn’t make any sense to Ezekiel, but he did what may seem to you and me like something extremely risky. He took God at His word so wholeheartedly that the very next day he went out and told everyone that God was going to rescue them and give them a new start in their homeland.

Why would Ezekiel believe something that seemed so unbelievable? Was it blind faith or just a whole lot of I-hope-so?  Neither. Ezekiel trusted God because he knew God’s track record. He knew this was not God’s first miracle. He had been doing miracles of all kinds for thousands of years –dividing Red Seas, healing blind, deaf and diseased people, transforming lives, and even raising people from the dead. Ezekiel remembered, considered the evidence, and moved ahead.

Categories: Apologetics and Faith, Encouragement and Faith, Purpose and FaithApril 26, 2020
Go to Top