Encouragement and FaithRelationships and Faith 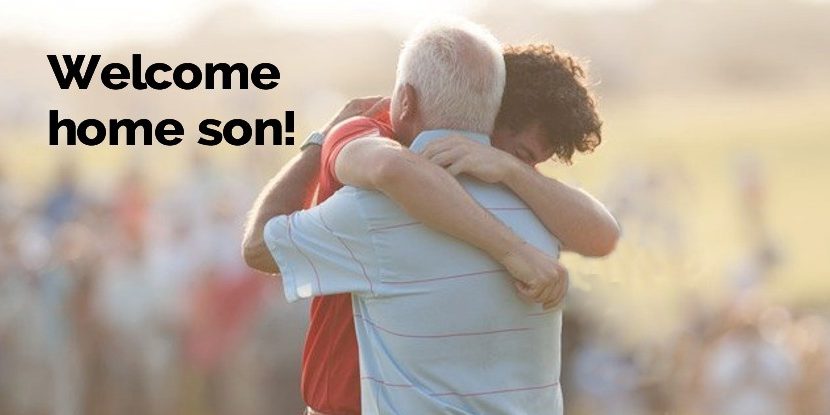 Sandy dropped out of church completely and no one knew why. Her friends called and tried to find out what was going on. After three months of hearing a string of vague excuses for her absence, they asked me, her pastor, to check on her.

I called her repeatedly, but when she didn’t answer her phone for two weeks, I began to wonder, “Is she ok? Has something happened to her?” So I called her closest friend who told me that Sandy saw that it was me calling, and she was too embarrassed to talk with me.

Sandy’s best friend eventually convinced her to talk with me. Within the first few minutes of our visit, I discovered what had happened and why she had left her longtime church family. Sandy felt she had done something so wrong, so embarrassing, and so unforgivable that she could not face her Christian friends or even talk to God about it.

Sandy’s story broke my heart. I could tell how sorry, embarrassed, and deeply disappointed she was in herself. She wanted God to forgive her, but she felt she had gone too far and didn’t deserve to be forgiven.

“We have a God of second chances.” When I spoke that simple sentence, Sandy lifted her head and looked directly into my eyes for the first time in our conversation. I went on to remind her of several people in the Bible whom God had forgiven for different kinds of wrongs. For some reason, Sandy was especially moved by the story of Jonah.

Jonah is famous for being swallowed by a large fish and coming out alive. The Bible says God used that fish to get Jonah’s undivided attention and to give Jonah a second chance. Before the giant fish gulped Jonah down, he was on his way to Nineveh to carry out the job God had given him.

Before Jonah reached his destination, he became afraid of what the people might say and do to him. So he turned around and refused to carry out his assignment. He knew precisely what was right, what he was supposed to do, but he deliberately chose to do what was wrong.

At that point, Sandy confessed, “That’s exactly how I feel. I didn’t make a mistake. Pastor, I knew what I was doing when I chose to go against my beliefs and turn my back on God. I’m so ashamed. He will never forgive me.”

When I showed Sandy this hopeful verse in Jonah, she began to cry. “Then the word of the Lord came to Jonah a second time.” (Jonah 3:1)

I confessed to Sandy, like all Christians, I too have been Jonah more than once in my life and I was grateful that our Heavenly Father not only gave me a second chance but a third and fourth and many other chances!

One of the most confusing and difficult parts of our faith-life is learning to accept God’s faithful and yet inconceivable forgiveness. Since we are so often unfaithful and unforgiving, we find it hard to imagine that God could forgive us and remain faithful to us even when we fail him.

Jesus described God’s faithfulness by telling the classic story of the Prodigal son. He was the younger son of two boys who took all he had coming to him and ungratefully left home. He turned is back on his father and went his own way until he hit the bottom.  When he finally came to himself and returned home, he was shocked to see his father patiently waiting outside his home for son to come back to him. He was again astonished to hear his father’s words of joy and acceptance before the son could confess his sin and sorrow.

I told Sandy every one of us is that prodigal son in one way or another. Our Heavenly Father not only waits eagerly for us to turn around and come home to him, he actually sent his Son, Jesus, to come and suffer and die for us, and to keep reaching out to us so we can have an intimate relationship with him.

Do you need to come home to God today? Maybe you need to come home to someone you have wronged, or to do some task God wanted you to do? No matter what you have done that has caused you to drop out of God’s will for your life, he wants to give you a second chance. He is faithful and waiting for you to accept his forgiveness and return to his will for you.

I know it’s hard to believe that God will forgive you and let you start all over again but he will. Take that step of faith today.

Sandy did. The very next Sunday she stepped back into her home church and a whole crowd of open arms and hearts were waiting to welcome her.

Categories: Encouragement and Faith, Relationships and FaithMarch 15, 2016
Go to Top