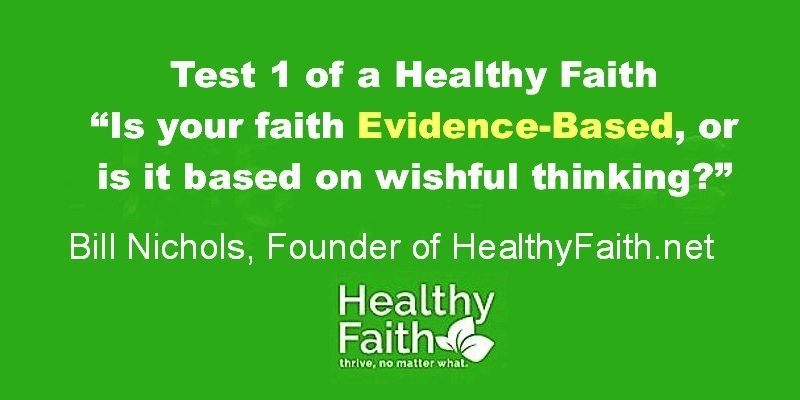 Test 1  of 7 Signs of a Healthy Faith

“Is your faith EVIDENCE-BASED, or is it based on wishful thinking?”

When Sarah came home from college and told her parents she could no longer believe in God, she explained, “I wanted to believe but there was just no hard evidence for God. It seems to me that Christianity is no more than a system of beliefs based on wishful thinking and inspirational fairytales.”

Sarah’s kind of faith failed her.

Like too many, Sarah’s faith failed her, not because having faith is a weaknness but because her kind of faith was based on a weak foundation. It was not evidence-based. It was unhealthy.

Stay in touch to learn what it means to have a faith that is EVIDENCE-BASED and HEALTHY.