Is This Really the ‘Greatest Breakthrough in Medical History’? 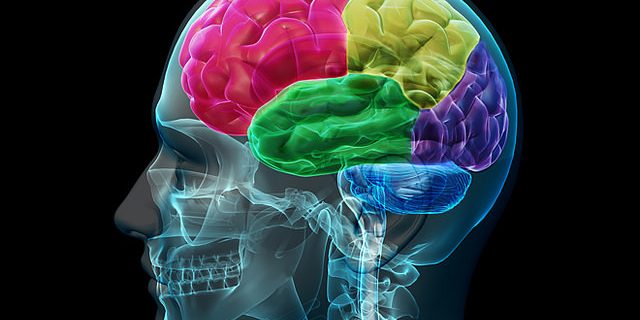 I’ve seen lots of change in the medical field in my lifetime, and as one whose life-mission includes helping others reach their full potential, I’m always interested in how new health initiatives might affect the ways we live and the ways we look at our future. Let’s take a look at some reasons you should be cautiously optimistic about this breakthrough in medicine and look at three classic biblical principles you can use to help you make healthy decisions about your faith and these new initiatives.

Brain doctors (neurologists) have come a long way in my lifetime. As a boy, I remember physicians hailing the lobotomy as one of the greatest breakthroughs in modern medicine. Now some in the medical community shamefully label it one of America’s worst medical mistakes.

Rosemary was President John F. Kennedy’s older sister. She was an attractive, intelligent, and popular twenty-three-year-old. The family agreed to the lobotomy because Rosemary was moody and aggressive. They put their faith in the nation’s most respected brain “experts.” In 1941, the surgeon inserted an instrument into the frontal lobe of Rosemary’s brain. In their goal to stop her negative emotions and behaviors, they sought to sever parts of the brain that were causing the problem.

Dr. Barron Lerner, a medical historian and professor at NYU, Langone Medical Center in New York, estimates that over 50,000 lobotomies were performed before they were considered harmful and unethical.

Rosemary was one of many adults and children who, often involuntarily, received the lobotomy and had hideous results. After the procedure, Rosemary had the mental capacity of a two-year-old child. She couldn’t walk or speak intelligibly and was institutionalized for the rest of her life.

How could the Kennedy family have known that such a highly accepted medical procedure would be so harmful? How can we know if new and innovative “medical breakthroughs” are safe?

The Bright and Dark Sides

The bright side of this project recognizes the new cures and technologies from this initiative could mean a better quality of life for millions who have some of our most dreaded health problems. The project’s goal is to find new ways to treat, cure, and prevent brain disorders, such as Alzheimer’s disease, epilepsy, traumatic brain injuries and others. However as in most matters, the bright side is but one side.

The dark side of the project leaves us with many unanswered questions. In our excitement over the positive potential, the questions and possible downsides are often minimized. Let me mention a few.

What if all the scientists performing their research do not follow important ethical guidelines? What if the ethical guidelines they choose are not adequate? What if companies and individuals making applications from these medical breakthroughs do not use the highest standards of morals and ethics? What if those who stand to make the greatest gain get out of control?

In light of the potentials from these initiatives, it seems reasonable that when a problem is evident at birth or occurs later, we could fix it. Unfortunately, fixing could mean altering the brain through injections, implants or electrical stimulation, so that we would able to:

After all, wouldn’t it be progress if parents could take their babies or teenagers to get a brain-altering treatment that would cause them to always act the way the parents wanted? Wouldn’t the world be a better place if we could make a simple brain-adjustment that would make soldiers fearless and painless-fighting-machines, criminals compliant and non-aggressive, and unproductive people more productive? Wouldn’t it truly be the best medical breakthrough of all times?

Or would it? In light of the implications of this initiative, I am deeply concerned about people’s individual rights, human dignity, and the Judeo-Christian commitment to the worth of the individual both now and for eternity. The possibilities before us beg all sorts of questions. Who has the authority to make all those decisions? Who should control your brain? Who would determine when a decision was right and wrong? Who governs who the decision-makers are?

Is it actually already happening?

A team of MIT neuroscientists recently used a new procedure to implant memories into a mouse’s brain. What made it so amazing was that the mouse could remember things that he thought he had done in his past, but didn’t actually do. Those new memories were implanted in the mouse’s brain and caused him to feel and behave differently.

Could people be next in line? “We would have every reason to expect this would happen in humans exactly as it happened in mice,” said Michael J. Kahana, director of the University of Pennsylvania’s Computational Memory Lab.

The prospect of implants in people’s brains and the rise in ethical concerns about the BRAIN initiative raised enough questions that the U.S. government established a commission to address the potential ethical and religious problems. The Bioethics Commission Chair, Amy Gutman, said, “In the case of the history of lobotomy, there was great hype and great damage done, so it is very important that we learn from this history. As our nation invests in science and innovation and pursues advances in biomedical research and health care, it’s imperative that we do so in a responsible manner.”

Although this government commission has the task of establishing ethical guidelines and monitoring the potential abuses of the many potential revolutionary uses of the new BRAIN initiative, each of us needs to be ready to make healthy decisions about our lives and those for our families. We have good reason to have high hopes. And, good reasons also to have even higher cautions.

You and I can’t do much individually about the government’s massive BRAIN initiative. But we can do a great deal about our own brain-initiatives. What principles can we use to help us make better decisions about choices and options?

I have a friend whose father was diagnosed with Alzheimer’s disease. She struggles daily with his care. Suppose she is given the opportunity for a new treatment that could possibly improve her father’s quality of life, and yet she is aware it could also take her father’s life. She is faced with a most difficult decision. In times like these we are more susceptible to trying new, innovative medical options. In desperation, we accept almost any new “cure.” Trust any “expert.” Try any “proven” solution.

The Principle of HONESTY. A healthy decision is an honest decision. It is well-informed, aware of all of the known positives and negatives, and supported by people with proven integrity. Before you make a leap of faith about your health or your spiritual life, ask yourself, “Is my choice based on reliable evidence, not wishful thinking, superstitions, or anecdotal testimonies? Does it rest on time-tested findings with high-probability?”

The Principle of RESPONSIBILITY. Ask yourself, in making this decision, “Am I being responsible to God, my family and others? Am I acting in a healthy, grateful, and accountable way? Am I being careful to not react in an irresponsible, reckless, hasty, or careless manner?” Being responsible means you are not taking advantage of anyone or receiving any personal gain at the expense of someone else. Will your choice support human dignity, compassion, equal rights and quality of life? Will it show intellectual integrity, emotional compassion, and grateful stewardship to God?

The Principle of HUMILITY. Healthy choices are humble choices. Humility is an attitude characterized by unselfishness, other-centeredness, love, care, gentleness and kindness. Before you make a health or faith decision, ask yourself, “Is the decision I am about to make the loving thing to do? Am I following God’s golden rule about doing to others as I would have them do to me? Will my decision demonstrate unselfishness or self-centeredness? Will it show heartfelt care or unconcern? Will it be respectful of others’ privacy, worth, dignity and human rights or be controlling, prejudiced and manipulative? Will it bring an increase in value, meaning, and hope to life and after-life or an increase in fear, meaningless and hopelessness?” A healthy decision is humble.

For centuries, principles like these have helped Christians make healthy decisions. Would it be good for those leading and overseeing the BRAIN initiative to use these kinds of principles? What principle would you add?

What are your hopes and concerns about the BRAIN initiative?

Your thoughts are important in this conversation.